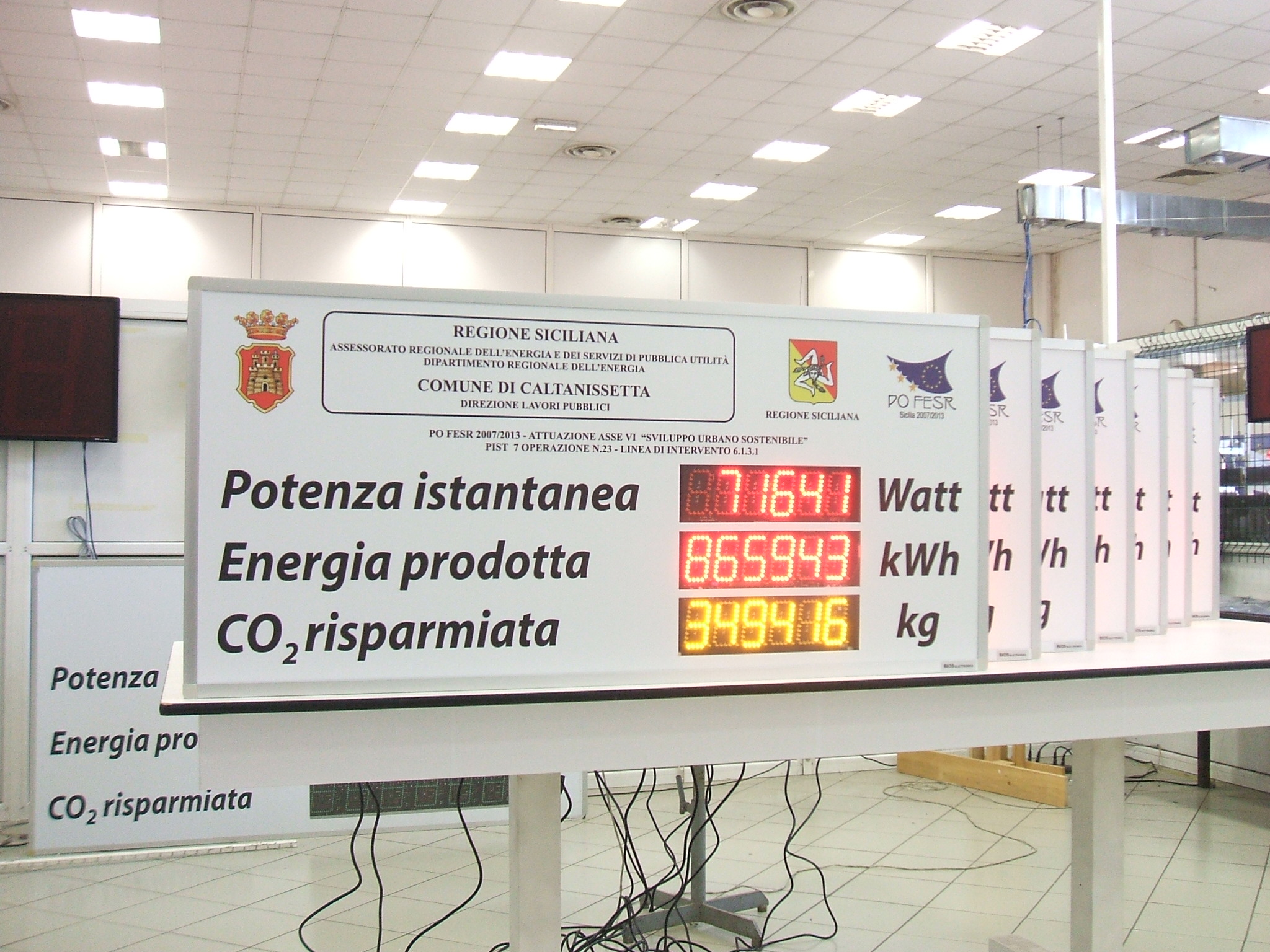 The City of Caltanissetta installed 11 photovoltaic plants in 11 public schools. The plants were built by the company iEnergy Srl di Iona (Vibo Valentia). Bios Elettronica provided, via iEnergy, 12 LED displays that were installed outside each of the schools to display the electricity produced and CO2 saved. In this way the City of Caltanissetta together with the schools are promoters of a message of awareness for the protection of the environment, addressed to the citizens and students.
In addition, two LED Totem Displays were installed at the headquarters of the Sicilian Region, in collaboration with the energy departments of the Region, which visualize the total energy produced by all photovoltaic systems in the schools of the Province of Caltanissetta. Data is transferred continuously and in real time from schools to Totems via dataloggers connected to the Internet. 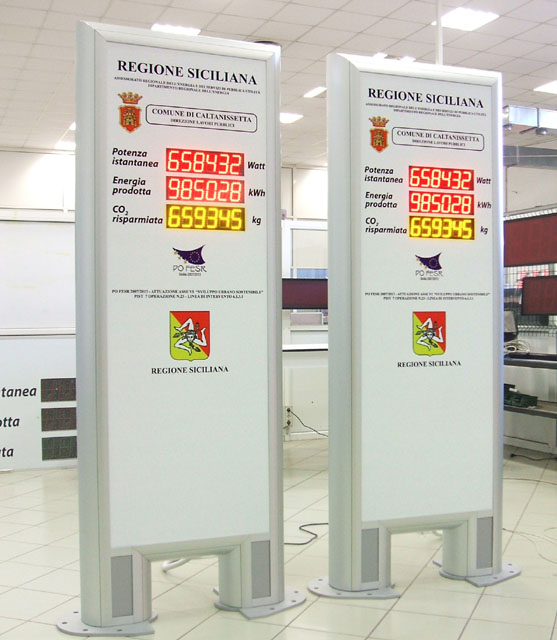 Request your offer in our Contacts form.

Secure-Line SD100 for safe entrance
21/05/2020
Bios Elettronica announces the launch of the new Secure-Line Display to...